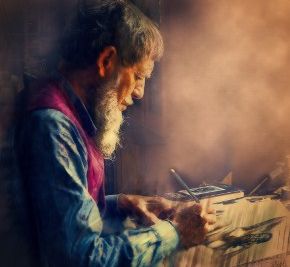 For whatever it’s worth I’ve decided to start logging the work I do each writing day. This is not a ‘see how the sausage is made’ series. Fellow writers may not get much from it other than: here’s an author working and see what he’s thinking about, working through, and maybe accomplishing. That in itself may be of value to some.

This weekend I went against my own advice and followed the shiny new object. I did it deliberately. The shiny project is not just a new project, but perhaps my quickest path to achieving a goal. Things are changing rapidly in the day job and I’ve had to re-evaluate my five to seven year plan in which I was going to leave the company and pursue writing and running a small press full time. The time frame may be too long. News came this week that makes me think I may only have a year or two before I will need to leave. I would like it to be voluntary, and I hope not to need another corporate job. That means I need to generate income from my company quickly.

So on to the shiny new project.

My short story Sworn has all of the elements I would like to have in a self-publishing debut, but it’s a short story. Yes, I might sell a few copies. However, a story by an unknown writer for $0.99 without promise of something more will not sell many copies.

I’ve expanded the story world and created a premise. This weekend I identified some major plot drivers and some of the cast I will need. The project looks like it will be a series of three novellas with the short story publishing first, hopefully whetting the appetite for the first novella which should follow a few weeks later.

I’ve made notes on some worldbuilding elements and figured out the basic rules of linguistics, as well as a technology and scientific knowledge level for the world. Later today I’ll plan out the writing schedule and figure out my word count goals.

BTW – working title for the series is The Fall of the Five Reaches. And I did draw a rough map. I have to have a map.

I post short takes on the books I read over on BookBub.